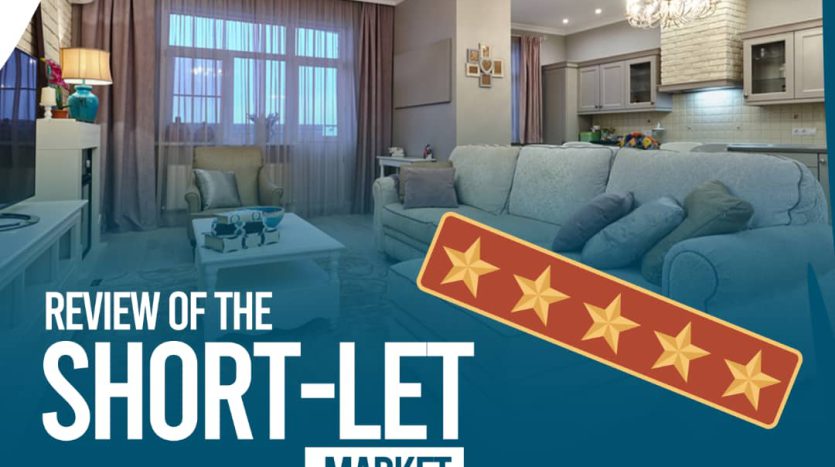 Review of the short-let market

Over the past three years, the Lagos Short let sector has seen a rapid development phase. However, with the return to normalcy post-pandemic, the industry is now exposed to external market forces like growing inflation and diesel costs, placing the sector’s future at a crossroads, even if it is ripe with potential.

Here is a review of important findings about the Lagos state short let market.

Between 2019 and 2021, the Lagos short let market grew by 263%. This expansion was linked to the pandemic, during which short lets replaced the standard hotel arrangement. Additionally, they made it possible to remain longer and pay less, especially during lockdowns, which encouraged the establishment of several operators around Lagos.

There are significant challenges ahead.

The market is now subject to the seasonality of demand, with peak seasons anticipated throughout the Lagos vacation season, such as from September to December, and off-peak seasons anticipated between March and July. The industry has also been influenced by additional external variables, such as inflation and rising diesel costs, which have an impact on total profitability and affordability, respectively. For instance, based on research, it appears that the rise in fuel prices is expected to raise operators’ expenses by up to N3.6 million year due to the N300,000 monthly cost of diesel.

Furthermore, the market is predicted to be oversupplied with over 1,975 residential units of the “short let apartments” now under construction. This will put pressure on current rentals, particularly the residential stock that has been transformed.

It’s interesting to note that certain places have outperformed others as the market has become more crowded. The main short let hubs in Lagos, are Ikoyi, Victoria Island, Ikeja GRA, and Lekki Phase 1. Particularly, Lekki phase 1 stood up as a top performer, with occupancy levels at 80% much higher than those of Ikoyi (60%) and Victoria Island (70%) with demand seen to come from a younger generation that has a natural preference for a more integrated urban lifestyle.

The secret to surviving will be quality.

Anecdotal data suggests that, despite the market being saturated with short let operators, tenants are increasingly favouring well-managed and equipped short lets. As a result, rather than the initial concept of delivering basic styled and run flats, we are likely to witness a flight to excellence for hotel-operated apartments.

Ready to buy a house? Here are the different types of houses in Nigeria.
What happens after the expiration of the 99 years lease term for land?