Nigeria currently boasts the most multibillion-dollar projects under construction in West Africa, with over 20 megaprojects that would provide enormous socioeconomic benefits to Nigerians and today’s focus is the Abuja Centenary city.

What is the Centenary City? 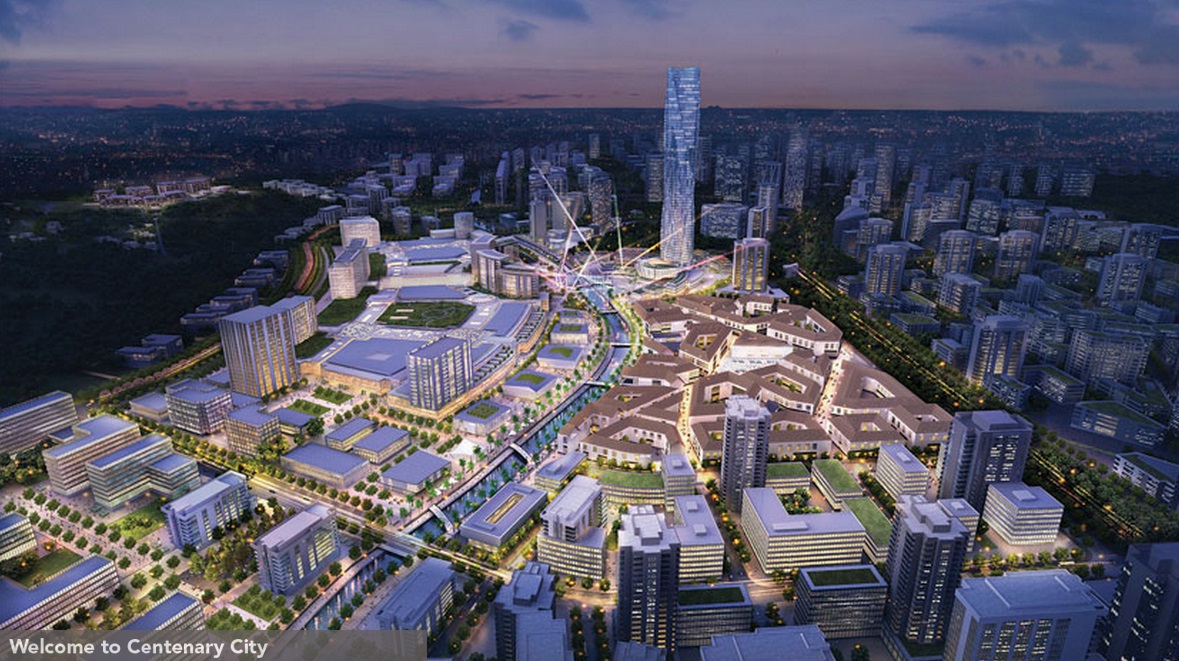 Abuja Centenary City, a smart, inter-connected urban centre that draws on the latest technologies, will have a central business district, a financial centre, a museum & cultural centre to promote African and global arts, world-class hotels, business and technology parks, residential districts, an 18-hole golf course, and industry centres, sports and leisure facilities and community amenities. Centenary City Abuja is designed to work in harmony with nature, it is a city within a city that will offer complete cosmopolitan lifestyle to its residents, as well as serves as a hub for the wider community ‘Front Range City’ is a few minutes from the Nnamdi Azikwe International Airport while it is 30 minutes drive from the city centre.

Construction work has commenced on the first phase of the Abuja centenary city which has a completion date of four years. The entire project is expected to cost about $180.6 billion with a completion period of ten years. The City is being developed by Front Range City. According to the Executive Director of Front Range , Mr. Jaimal Shergill, the first phase named ‘The Grove’ would offer a combination of residential and hotel spaces, spanning across 25 hectares of land with world class amenities, restaurants and more. He added that ‘The Address’ would bring its five-star services to elevate the city’s standard of living with luxury villas featuring four to nine bedroom units. Despite being a Public Private Partnership (PPP), Shergill explained, the centenary city, as a free trade zone, would be exempted from both federal and state taxes, pointing out that it would also be exempted from the Federal Capital Territory (FCT) property tax.

The executive director revealed that 87, 000 jobs would be created. “In addition to that, ‘ he said, we will have- 137, 000 residents-a bulk of the workers will be Nigerians, and in our estimate for every resident, two or three jobs would be created, which is close to about 300 to 400, 000 jobs. “There will be two stages of job creation which include the construction phase and the services stage. The first phase which is the five star hotel and residence would be completed within four years.” Shergill noted that centenary city is not for the rich alone as it is an all inclusive project, adding that the first phase is a bit expensive but the housing phase is all encompassing.

He disclosed further that arrangements were in top gear with their partner to power the site, noting that compensation had been paid to all the inhabitants of the place. Centenary City Abuja is a city being planned as part of the Nigeria centenary celebration. The centenary city according to the Secretary to the Federal Government, Senator Pius Anyim, would be modeled after cities such as Dubai, Monaco and Singapore, to serve as a political and economic tool for securing foreign investment. “The idea is to get a better city than the present Abuja where people will not need to provide basic amenities by themselves.” said the Nigerian President Dr Goodluck Ebele Jonathan. The new city will be sustainable because it balances economic, social, cultural and environmental factors to produce harmonic development.

The Centenary City is a project of the future. It will be a high profitable entity for the government agencies, investors and users because of its designation as a “duty free zone” and “tax shelter” with special banking regulations. The new city will be one of the most powerful catalyst that will trigger opportunities for better social and economic development in Nigeria.

The decision makers of Nigeria have provided excellent conditions and land for development, now it is up for the investors and technicians to perform the highest quality work to make this project a reality. The SGF gave an assurance to the investors that they would have a good return on their investments if they staked their funds in the project. He said, “This meeting marks the beginning of the government’s withdrawal from the centenary project, and making the stage clear for decisions to be taken solely by the private sector investors themselves. We expect that the project would conform to international standards because we envisage that the stocks of the city would be quoted in the Nigerian Stock Exchange as well as other international markets before the end of 2013.”

The City is also conceived as a centre for the preservation of Nigeria’s political history and documentation of her contributions to the political, cultural and economic development and the advancement of peace and security in the world, as well as the hub of economic activities. The goal is to create a new City, a modern urban centrality for the sustainable development of this magic land, where natural beauty and architecture icons must merge together to create an environment that is alive and productive. The City will re-introduce Abuja to the world with the following features:

A GREEN CITY – with a natural buffer that envelopes the entire City and encircles the central neighbourhood that protects and nurtures the whole with world-class public facilities;

ZERO WASTE MANAGEMENT – The City will aim at reducing waste to zero. Domestic waste will be used to create nutrient-rich soil, fertilizer and incinerated as an additional power source. Other wastes such as plastics and metals will be recycled or re-purposed for other uses;

A CENTRAL PARK – that provides the green-spirit which gives orientation, clarity and iconic power to the City as a whole but most powerfully to the City Centre.

FLEXIBLE TOPOGRAPHIES – that are all conceptually related to one another so that they can be placed together to create a rich, elegant, textured and vibrant City.

AN URBAN GRID – super-block system that is modular and organic,yielding a resulting grid of arteries, streets and pathways with an efficient traffic system where pedestrians, bicycles, motorcars, trams and monorail can co-exist in a friendly human way;

INDEPENDENT POWER SOURCE – With a gas-fired 500MW power plant connected directly to a gas terminal, constant power supply to the City can be taken for granted.

WATER MANAGEMENT – Planned in an environmentally sound manner where approximately 60 percent of the water used will be recycled and waste water reused as many times as possible.

INSTITUTE OF SPORTS – Sports shall be given prominence in the City with top-of-the range sporting facilities, which shall include a signature golf course.

BUSINESS CENTRE – A preferred destination for multi-national and domestic businesses. It is expected that the top most corporate bodies in Nigeria will have their show rooms in the City.

PRESIDENTIAL ARCHIVES – To house the history of our political development and the contributions of our Presidents and the Nigerian Institute of Federalism.

PRESIDENTIAL RETREAT – An alternative operational base for the President.

A NEW CEREMONIAL ARCADES (UNITY SQUARE) – To compliment the Eagle Square to add colour to Government ceremonies and activities.

NEW ABUJA CITY GATE – A magnificent and awe-inspiring architectural masterpiece that will eloquently introduce the Centenary City and welcome visitors to Abuja.

In sum, the City will be a revolutionary approach to urbanization in Africa and champion’s private sector role in projects of significant magnitude. By the end of its planned 5-year development cycle, this innovative and vibrant City would have created over 50,000 construction jobs and 5,000 permanent well- paying jobs. The City is planned for a residential population of about 100,000 people but to host about 500,000 visitors daily. It shall promote world-class multinational and domestic businesses in a world-class and master planned environment that gives meaning to Life, energy for Work and pleasure for Play, while permanently contributing to Nigeria’s economic growth, diversity and greatness into the next centenary.