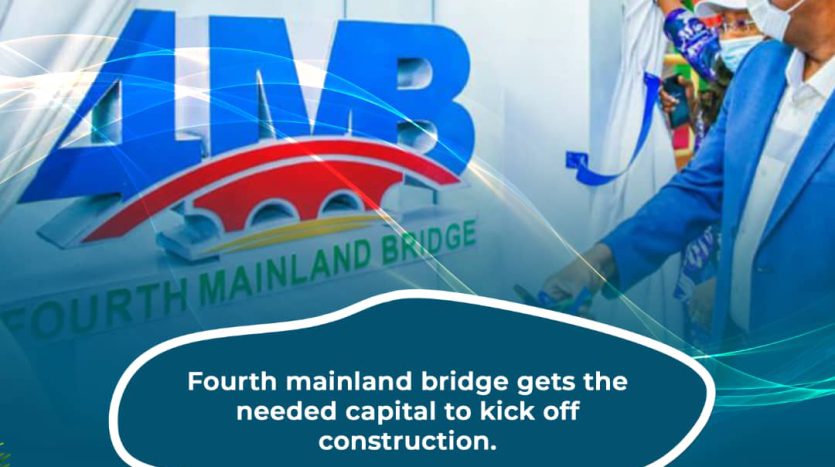 Fourth mainland bridge gets the needed capital to kick off construction.

The Lagos State Government, through the Office of Public-Private Partnerships, has announced Messrs CCECC-CRCCIG Consortium as the preferred bidder for the construction of the proposed Fourth Mainland Bridge project.

Special Adviser to the Governor on Public Private Partnerships, Mr Ope George, who disclosed at the PPP Office in Ikeja, said the Fourth Mainland Bridge (4MB) Project, which is a proposed Public Private Partnership (PPP) transport infrastructure development, will comprise the construction and operation of a greenfield tolled road and bridge with a design speed of 120 kilometres per hour, including the development of adjacent real estates.

He added that the Bridge, when completed, would become the second longest in Africa with three toll plazas, nine interchanges, a 4.5km Lagoon Bridge and an eco-friendly environment. It is also expected to span about 37kilometres, starting from Abraham Adesanya in Ajah, on the Eti-Osa-Lekki-Epe corridor and traverse the North West towards the Lagoon shoreline of the Lagos-Ibadan Expressway via Owutu/Isawo in Ikorodu.

Lagos State Government has said the proposed construction of the Fourth Mainland Bridge project is scheduled to be completed within four years. Meanwhile, the official kick-off for the construction of the project will be done by Lagos State Governor, Bababjide Sanwo-Olu, in the first quarter of 2023. Eight roads – Lagos/Ibadan Expressway, Lagos/Abuja highway, Benin/Sagamu, and Igbogbo/Lagos – would align with the bridge.