Everything you need to know about land titles in Nigeria

If you are looking to invest in land for whatever reason, one of the most important documents you must look out for is the land title.

So what is a land title?

In simple terms, a land title is the evidence of a person’s rights to or ownership of land (the deeds or certificate of ownership) or the ownership itself, depending on the context. It is an official record detailing who the owner of a piece of land is. It can also include information about mortgages, covenants, caveats, and easements.

There are several documents like this in Nigeria and they include;

Before we get into the nitty-gritty, of this article, we need to ask; How did we start using land titles in Nigeria.

Prior to the Land-Use Act of 1978, traditional families like the Oniru, Odofin, and Agungi, controlled so much land, giving them the advantage to give out lands under tenancy to people for the purpose of fishing or farming, while still retaining control over the portion of this same land. Unfortunately, these families abused that power by making land very difficult to obtain and very expensive, leading to the birth of the Land Use act in 1978, which transferred lands in every state to the State Governors. The land use act transferred ownership of every land in a state to the State Governor, giving him/her the power to allocate land to any individual or company and then issue a Certificate of Occupancy.

Henceforth, if a family wants to sell land within their community, they need to acquire permission from the governor. It is also why all land transaction, begins and ends at the lands registry or ministry of land. Once the state government agrees to give out land in any area designated as an Urban area by the Governor, it is then published in an Official Government Record book known as the Gazette.

So, back to the different land titles.

We have already established that all land belongs to the state governor. Hence, the default title of any land within a state is “Global Acquisition” title. However, there are two types and they are the  Committed Acquisition and Global/General acquisition.

Every state has a master plan for development and all of these developments will be done on land. Land is said to be committed when the state has indicated interest to use that land for a specific purpose. If you have read news of the state government destroying buildings whether residential or commercial, it is because they were built on committed land. Make sure you embark on thorough research to find out if that property you are buying has a committed global acquisition title to avoid “stories that touch”.

A Global/General Acquisition on the other hand is one that can later be declared free after excision is perfected (we will talk about excision later in the article). However, there is a catch. The government can eventually commit a land with a Global/General Acquisition title. This is because as more people move to urban areas, the government also could tweak their development plan. It is therefore not advisable to build on land that had a Global/General Acquisition title until you have perfected excision. These type of lands are usually very cheap and are tagged “excision in process”. If you want to buy an excision in process land, you must be sure to buy with a Registered and Certified Real Estate Company like Danbel Properties and Investments Limited whose Managing Director, Daniel Enenmo served as a committee member at the just concluded REDAN Awards (Real Estate Developers Association of Nigeria)

An excised land is one that has been released by the government to an individual or company. Once land is deemed free from the government, it is then given a Gazette title (more on that later) and the landowner can then proceed to get a proper title like a Certificate of Occupancy or the Governor’s Consent.

A Gazette is an official record book containing special government details. There are several types of Gazette but for this article, we will be talking about the Special Gazette related to land.

A gazette shows the communities or villages that have been granted excision and the number of acres or hectares of land that the government has given to them. It is within those excised acres or hectares that the traditional family is entitled to sell to the public and not anything outside those hectares or acres of land given or excised to them. If they decide to sell anything outside the excised land, then that land may fall under acquisition by the government, and such transaction is subject to approval by the government.

This is the most popular land title and even people who have never acquired landed properties before have heard about C of O. Once the government has leased land to an individual or company, a certificate called the Certificate of Occupancy is issued to the buyer. As initially established, all land is owned by the government and they NEVER give complete ownership of land to any individual or company; instead, they lease out the land for 99 years after which the owner can go back to renew the Certificate.

To understand Governor’s Consent, let us paint a scenario;

Mr. A approaches the government to acquire land that has never been acquired since the land use act was established. The government excises a land registered on a Gazette document and a Certificate of Occupancy.

The reason this has to happen is seen in Section 22 of the LAND USE ACT 1978 as amended. This states thus:

A Land with a “Registered Deed of Assignment” title is one where excision is still in process. A Deed of Assignment is an agreement between the seller of the property and the buyer showing that the seller has transferred all his rights, title interest and ownership to the buyer. Once the deed of assignment has been exchanged, it is then registered in the land registry to show legal proof.

So these are the important land titles you must look out for when buying property anywhere in Nigeria.

WANT TO BUY LAND AND DON’T KNOW HOW TO GO ABOUT IT? BOOK A FREE SESSION WITH ONE OF OUR EXPERTS BY CLICKING SCHEDULE NOW 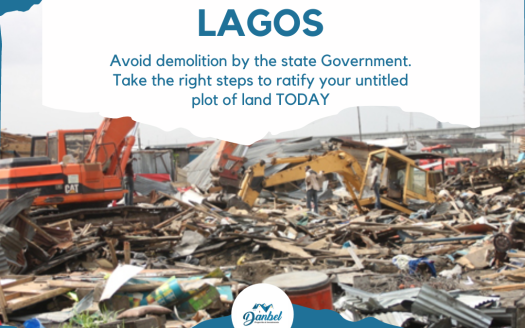 HOW TO RATIFY YOUR LAND IN LAGOS

Aug 14, 2021
Last time, we asked the all important question: Can an individual apply for government excision on their land? Movi ...
Continue reading

Can an individual apply for government excis...

Aug 11, 2021
We were recently approached by someone who was quite concerned after reading news reports about the government dest ...
Continue reading 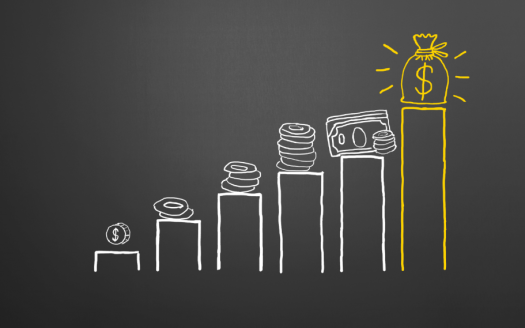 Dec 12, 2020
5 ways to determine if a property in Ibeju Lekki is going to be profitable and when One major question investors as ...
Continue reading
Some Nice Welcome Message
Sign into your account
Create an account

5 ways to determine if a property in Ibeju Lekki is going to be profitable and when
Should I be worried about distance when buying land?